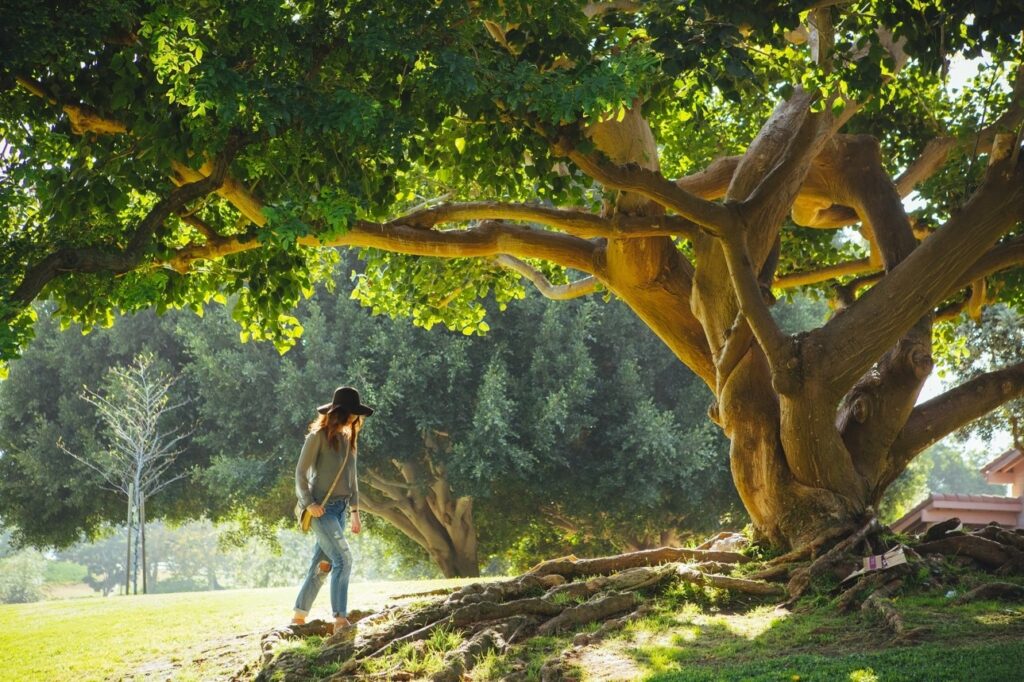 The Secret Life of Trees

Why are we drawn to the beauty and magnificence of trees? The special relationship we humans have with trees goes beyond the obvious interdependent co-existence between us and trees – we breathe in oxygen and breathe out carbon dioxide, while trees take in carbon dioxide and release oxygen.

Undoubtedly, the reliance we have on trees is vital to our health and wellbeing – but over time we are finding ourselves more deeply connected to trees on an emotional level. A lot of us are wondering, do trees (and plants) have feelings? And this could be because we see a reflection of ourselves within trees, and that there is more and more traits that trees and humans have in common than previously thought.

Did you know that trees communicate with each other?

German forester Peter Wohlleben has sold more than 2 million copies of his fascinating best-seller book “The Hidden Life of Trees” where he shares his deep love of the woods and forests and explains the amazing processes of life, death and regeneration he has observed amongst woodland trees.

Drawing on ground-breaking discoveries, Wohlleben presents the science behind the secret and previously unknown life of trees and the way they communicate with each other and within the forest ecosystem. Mirrored like human families, tree “parents” live together with their sapling “children”, communicate with them and share nutrients with those surrounding trees that appear to be struggling to grow or presenting some “sickness”.

When interviewed amongst giant oaks and beech trees in the Eifel Mountains of Germany, Wohlleben is quoted as saying,

“All the trees here, and in every forest that is not too damaged, are connected to each other through underground fungal networks. Trees share water and nutrients through the networks, and also use them to communicate. They send distress signals about drought and disease, for example, or insect attacks, and other trees alter their behaviour when they receive these messages.”

So how exactly do trees “talk” to each other?

Trees talk to each other using a network of fungi that grow around and inside their roots. The fungi provide the trees with nutrients like phosphates and nitrates, and in return the fungi receive sugars. These sugars are produced by trees through photosynthesis, which fungi typically cannot get access to from the sun because they live underground.

A symbiotic relationship is thus produced between two living organisms that is unseen to us humans. By plugging into this fungal network, trees can share resources which each other, which has been nicknamed quite aptly the “wood wide web”.

“Mother” trees use this fungal network to supply their sapling “children” with sugars, which gives these saplings a better chance of survival. Young saplings can’t grow as quickly in the shade of parent trees because they can’t get enough light for energy. So nutrients are shared through the fungal network.

Interestingly, older trees or trees that are sick or dying can actually release their resources into the underground network before they die. Neighbouring trees then “inherit” these resources, absorbing them to increase their own health and growth.

Trees also use fungi to send messages to one another, messages like they are being attacked by insects or a disease. Distressed trees release chemicals that travel through the fungal network in order to warn neighbours and surrounding trees to raise their own defences in order to better protect themselves from the same fate.

Can trees be friends with each other?

Based on several studies, different species of trees can actually share nutrients and connect with each other. One example of this is the connection found between a Douglas fir tree and a paper birch tree.

Our love for trees at Mornington Green

We’re already in a natural state of awe around trees knowing they continue to give back to us humans through their pure oxygen output and their mighty and magnificent beauty. But learning further about the secret life of trees and how they care for their own tree families and plant community surrounding them, is simply amazing.

It’s no wonder that end of life choices are increasingly including the idea of living on as a tree. And as Wohlleben says that a “tree can be only as strong as the forest that surrounds it”, we feel that this great metaphor for life is an ongoing mission for us at Mornington Green to ensure that your loved ones have the ability to continually share their love for you beyond life. Our founder Warren Roberts sums it perfectly:

Our mission is to connect people to beauty that life creates by planting living memorial forests which honour and perpetuate life. We provide the highest calibre of memorial experience with world-class soil science and biotechnology that sustains life.

Why are we drawn to the beauty and magnificence of trees? The reliance we have on trees is vital to our health and wellbeing – but over time we are finding ourselves more deeply connected to trees on an emotional level.

We will temporarily reserve this tree for you and be in contact shortly!

Our Mornington Green planners would love to help you on your tree planting journey.